A thriving and friendly club in the centre of Wiltshire and a place to meet new people and play bowls at both social and competitive levels.

We have two six rink greens, a modern clubhouse including fully stocked bar and professional kitchen. The clubhouse is hired out for events during the non-playing season.

We compete in three men’s leagues and three ladies leagues, have a bowler development programme and play in many friendly games and organize social bowling and social events throughout the year.

There are two home matched planned in February…

A BIG THANK YOU from Ash and Kelvin to those members who responded to our survey regarding the Club website.

We had 56 returns from members and we wanted to let you know that we are working hard on restructering the site to include your wishes where it is possible.

For your interest you can see here two examples of the useful information we received.

This feature is paused until April so in the meantime study the laws of our game ready to be tested then !

Laws of the Sport of Bowls 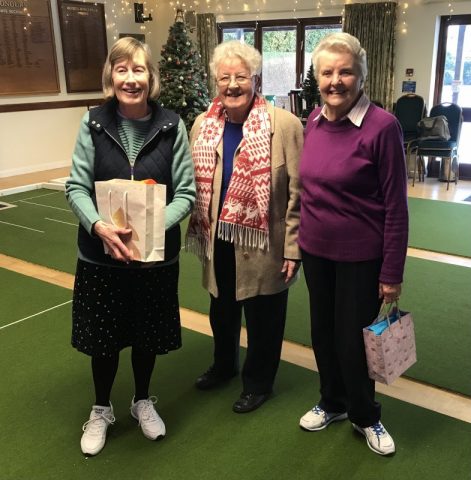 Sue Long and Rosemary Bradbury receive Christmas presents from members of the Friday afternoon Short Mat bowls group as a token of their thanks for running the bowling and the mid-session tea & biscuits! Thank you!!

Huge thanks to Martin Hambling from Star Care Medical Professionals for an excellent demonstration on how to respond in case of cardiac arrest. His lighthearted yet clear and expert approach will without doubt have helped members present to be more confident in delivering this critical first aid to a fellow citizen in their time of need. 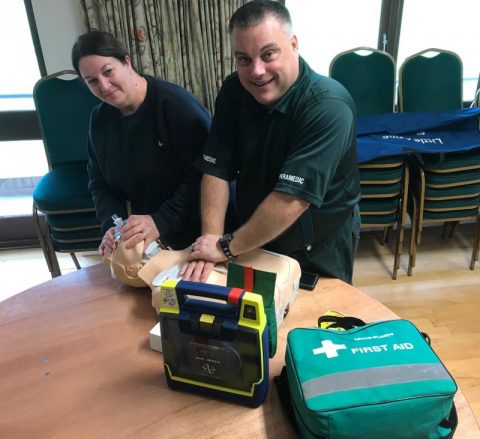 A refresher on CPR was also very well received… I had forgotten exactly where to apply pressure, and most importantly just how much pressure to apply in order to give effective resuscitation. 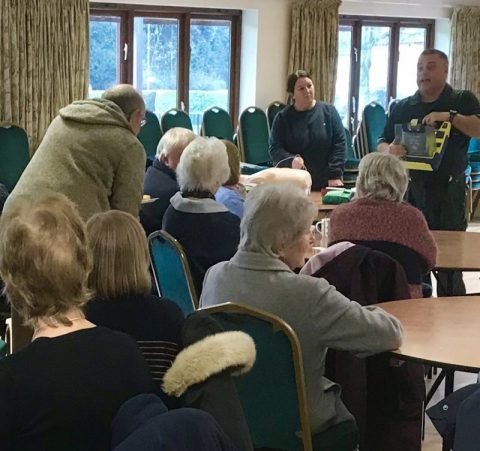 Thanks also to club member Jo for organising and taking on guardianship of the DBC defibrillator and thank you to those members of our club who came along to receive this vital training. 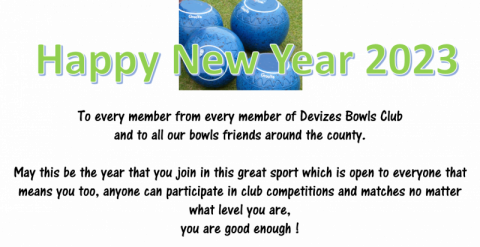 The morning of Saturday 5th November, following the usual coffee morning, was the annual bowls meeting convened at this time every year by the bowls committee. Reports were made by the secretary and the retiring captains and this was followed by the annual presentation of the captain’s and vice captains badges.

Both Tom Mullins and Alison Cross expressed their thanks to all the members who had supported them during the year and especially those who had supported the organised social and team events to raise funds for the motor neurone disease reaching the grand total or £3500.

The new captains Mike Mitcham and Julie Romijn announced that they had asked Kelvin Nash and Lynn Hicks to be their vice captain’s and had together decided that their charity for this year would be the Wiltshire Air Ambulance.

The meeting, through the chair, wished them both the very best of luck and success.

We use some harmless cookies to count visitors, and to give you the best experience on our website.

This website uses cookies to improve your experience while you navigate through the website. Out of these, the cookies that are categorized as necessary are stored on your browser as they are essential for the working of basic functionalities of the website. We also use third-party cookies that help us analyze and understand how you use this website. These cookies will be stored in your browser only with your consent. You also have the option to opt-out of these cookies. But opting out of some of these cookies may affect your browsing experience.
Necessary Always Enabled
Necessary cookies are absolutely essential for the website to function properly. These cookies ensure basic functionalities and security features of the website, anonymously.
Functional
Functional cookies help to perform certain functionalities like sharing the content of the website on social media platforms, collect feedbacks, and other third-party features.
Performance
Performance cookies are used to understand and analyze the key performance indexes of the website which helps in delivering a better user experience for the visitors.
Analytics
Analytical cookies are used to understand how visitors interact with the website. These cookies help provide information on metrics the number of visitors, bounce rate, traffic source, etc.
Advertisement
Advertisement cookies are used to provide visitors with relevant ads and marketing campaigns. These cookies track visitors across websites and collect information to provide customized ads.
Others
Other uncategorized cookies are those that are being analyzed and have not been classified into a category as yet.
SAVE & ACCEPT